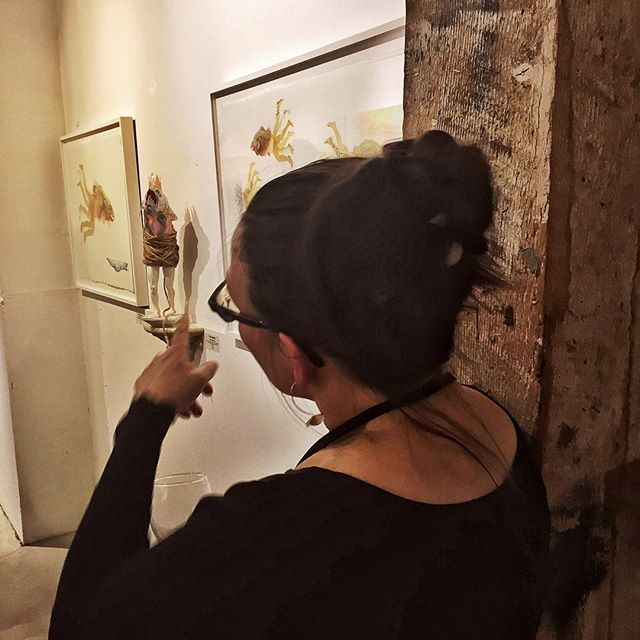 I grew up in La Paz, Bolivia until, at the age of twelve, my family moved to Whitehorse, Yukon in Canada. There I attended junior high school and had my first painting lessons in Haines, Alaska I lived and painted with artist Sherry Takala at her studio "Noah's Art" during the summer of 1985.

At the age of 17 I moved back to La Paz where after graduating high school I started attending the Academy of Art "Hernando Siles" and later enrolled in the Fine Arts program at Universidad Mayor de san Andres.

Halfway through my studies I once again moved to Whitehorse and eventually found my way to Victoria, BC, enrolled in the Visual Arts program at the University of Victoria and obtained my BFA double majoring in Visual Arts and History of Art in 1998.

In 2001 I moved to Vancouver, B.C. and have been living and working in this beautiful city since.

I pursued further studies at the former Art Academy of Vancouver, Langara College where I attended painting classes with Paul Chizik, at the Gage Academy of Art in Seattle, USA where I studied drawing and painting under Juliette Aristides and most recently I was blessed to be mentored by master sculptor David Robinson.

I grew up Catholic and through all my travels and in my imperfect relationship with God I have found my faith to be the source of strength and consolation. It has also provided me with a rich resource of reading and visual materials that in one form or another have manifested in my artwork.

I believe that my work is an extension of my life and faith experiences, however weak or strong the latter may be at one time or another. There is no separation between the two as to distinguish one would diminish the other.